This is the account of the most exciting week I’ve ever had (as far as I can remember). One of my dear friends was finally tying the knot and chose to do so in his bride’s home country, Japan. Of course, the squad decided we couldn’t miss this and so we set to prepare for this trip of a lifetime. It was about to be LIT! #TokyoDrift2017

I was the designated trip planner and after hours of researching things to do in Japan, I came up with the ultimate guide to Japan. We were only able to get away from work and other responsibilities for a week so the task was to create an efficient and exciting (but not exhausting) itinerary. Although the wedding was in Kobe, you can’t possibly visit Japan without visiting Tokyo, so we decided to spend three and a half days in each city.

Here’s how we spent our time perusing the intriguing city of Tokyo.

After an exhausting 23-hour journey through space and time, it was finally touchdown Tokyo, Narita Airport. Our accommodation in Tokyo was a 2 bedroom apartment we had booked on Airbnb. The host was most efficient; prior to our trip, she sent pdf documents detailing 5 different options for transportation from the airport to the apartment. She had options for quickest, most cost-effective and most convenient if we had larger luggage. Thanks to her, it was quite easy to get to our apartment right in the centre of the City (Shinjuku) from Narita Airport.

After unpacking, taking a shower, and relaxing a little, we met up with the happy couple later in the evening. We had dinner at an izakaya which is a Japanese combination of a bar and restaurant serving tapas style meals. We ordered lots of items on the menu because they all came in small appetizer-sized portions so we got to sample a lot of food. The wings were particularly amazing, so was the sushi, takoyaki (octopus balls), yakitori (grilled chicken) and tonkatsu (pork cutlets). It was a very interesting and delicious dining experience and a great way to start our trip. We were all so excited to be in Japan, so after dinner, we put our fatigue aside and took a walk around Shinjuku and somehow ended up in Golden Gai.

Golden Gai is basically and an area filled with hundreds of tiny bars. Some bars were so small that only a handful of people could fit in. There was a lot of lights, drinks and drunken karaoke. We had no intention of getting drunk so we all had a quick drink and just took in the atmosphere. We strolled the streets of Shinjuku taking in the vibrant energy and neon lights, amused by how awake the city was in the middle of the night. Soon we were too exhausted to keep going so we headed back to our apartment and called it a night. 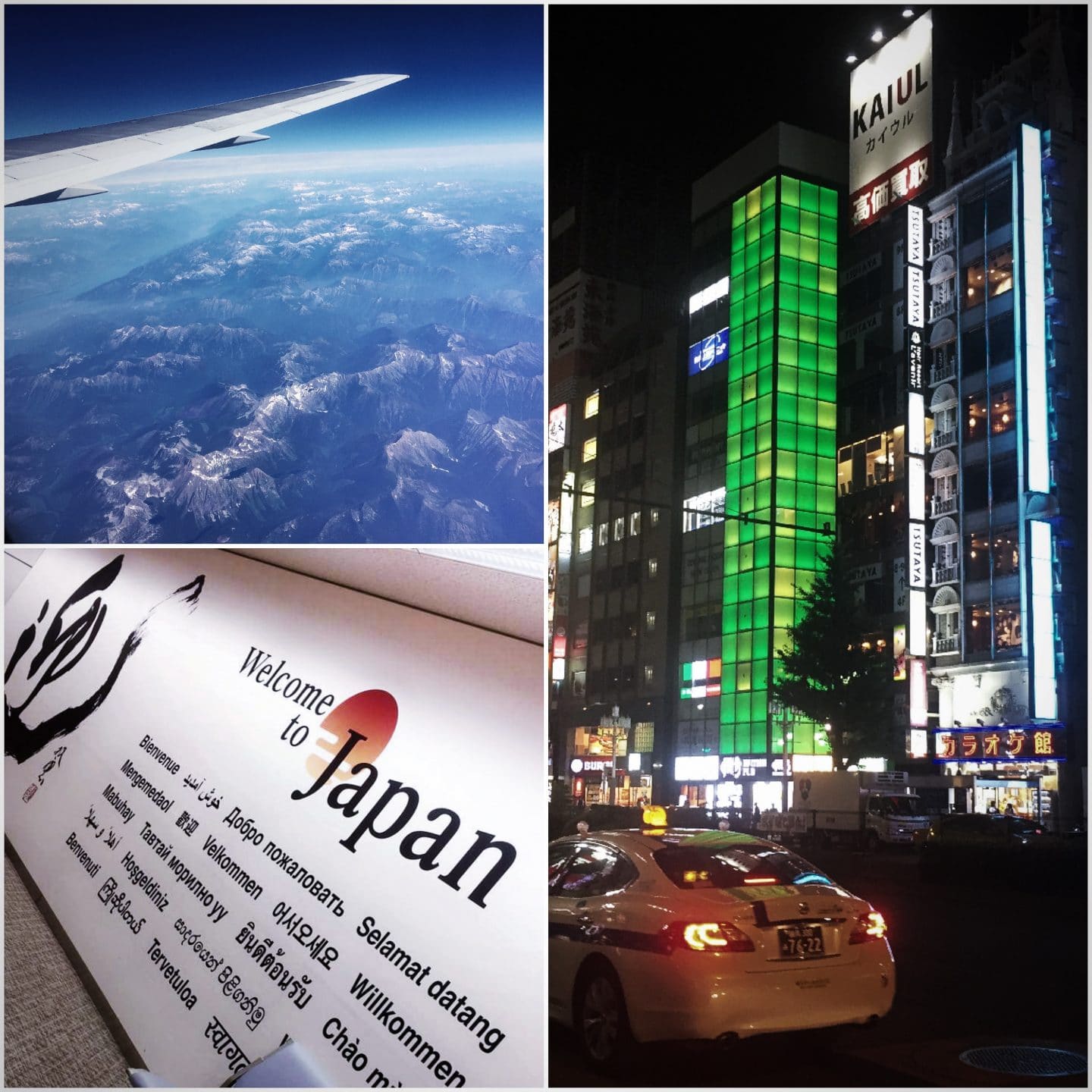 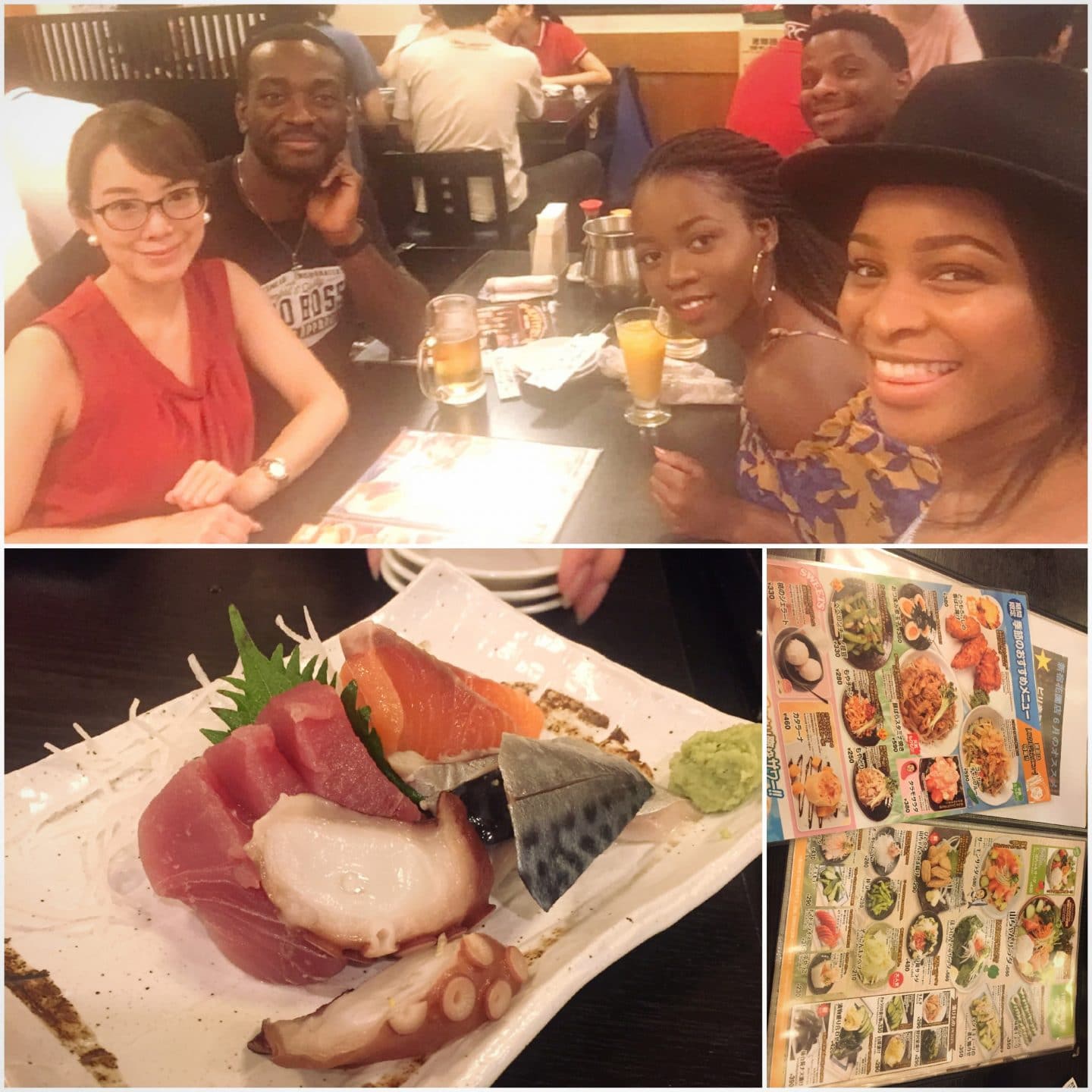 Dinner at an Izakaya 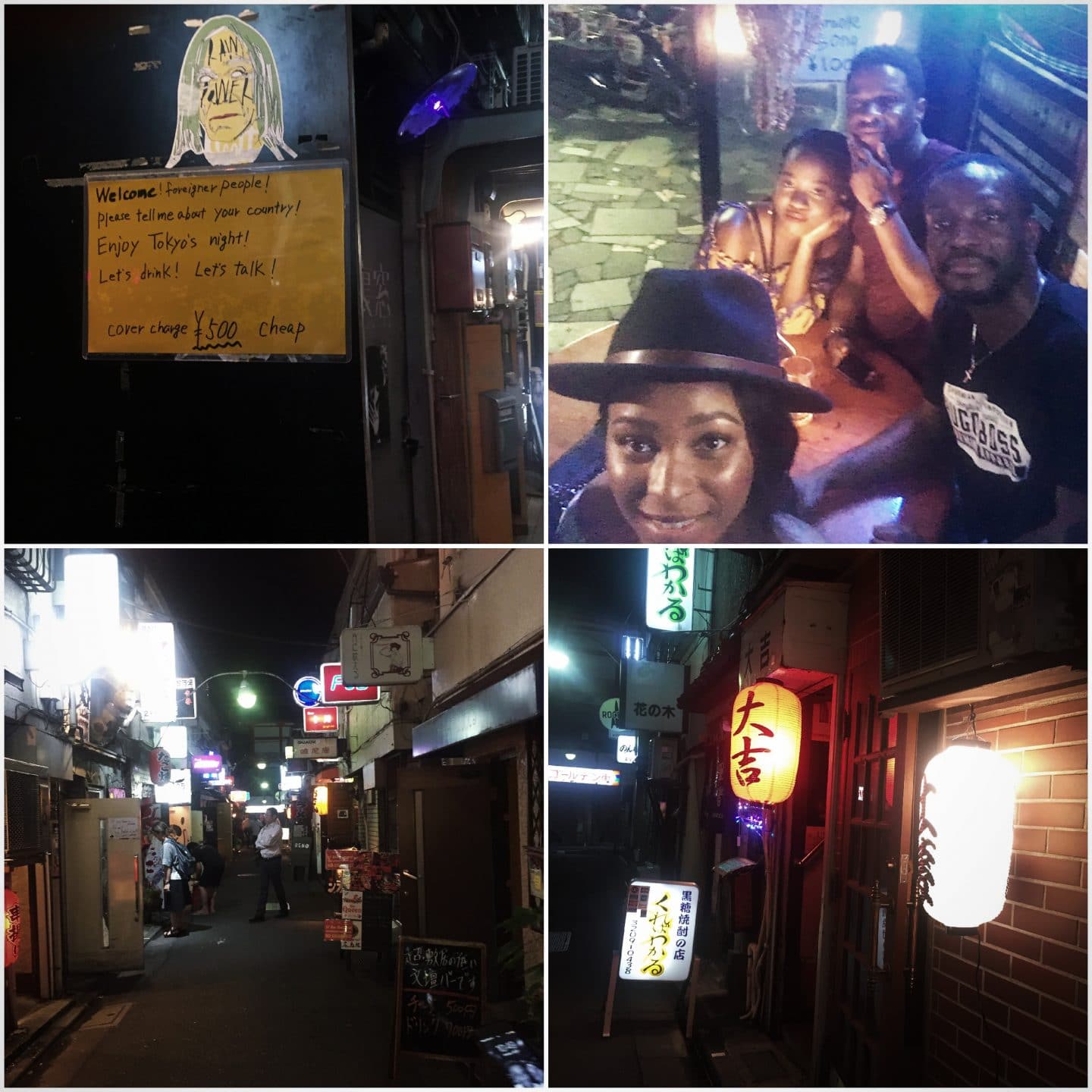 Jet lag had us up quite early the next day and soon we were out hunting for breakfast. We decided on a restaurant close to our apartment because their display looked quite enticing. One thing I love about a lot of restaurants in Japan is that they usually have a full window display of identical wax figures each menu item. We paid for the food through a vending-like machine at the entrance and were seated right after. A few moments later, the food came looking great and tasted even better. The Japanese definitely do breakfast way better than we eggs and bacon folk.

First on the agenda was the Sensoji Temple which was a must see in all the guides I had researched prior to our trip. We headed over to the train station (Shinjuku San-chome) which was a few minutes’ walk from our apartment. We spent almost an hour at the station trying to figure out the metro system and had a pretty hilarious attempt at communicating with an information desk agent who spoke no English, using google translate. Later on, we stopped some English speaking tourists who gave us very helpful tips for getting around Tokyo using the Metro.

Sensoji Temple was pretty amazing. The architecture was just stunning. There were lots of tourists, as expected, and stalls selling overpriced items. We looked around, took pictures and decided to head to our next destination, UENO park and the Tokyo National Museum. We took the train to our next location. A tourist stand at the park gave us maps and directions to the museum. We walked through the park for about 30 mins before we finally arrived at the museum. The museum was huge. We could have easily spent hours there but after an hour we were all pretty exhausted and quite sleepy. We took lots of pictures and as much history and culture as jet lag could allow. At about 5 pm, we headed back home and fell asleep almost instantly.

We woke up quite hungry around 11 pm and decided to head out for some food. Dinner was at Ichiran for ramen, based on the bride’s recommendation. Sigh, I really can’t describe how good the ramen was. I was just so grateful to taste such perfection.  I had the spicy ramen with egg and pork. Ah, it was one of the most satisfying meals I’ve ever had. You have to taste it to know what I mean.

After the meal, we took a walk to burn some of the calories but really we were just so drawn to the colourful lights and beautiful energy of the city. 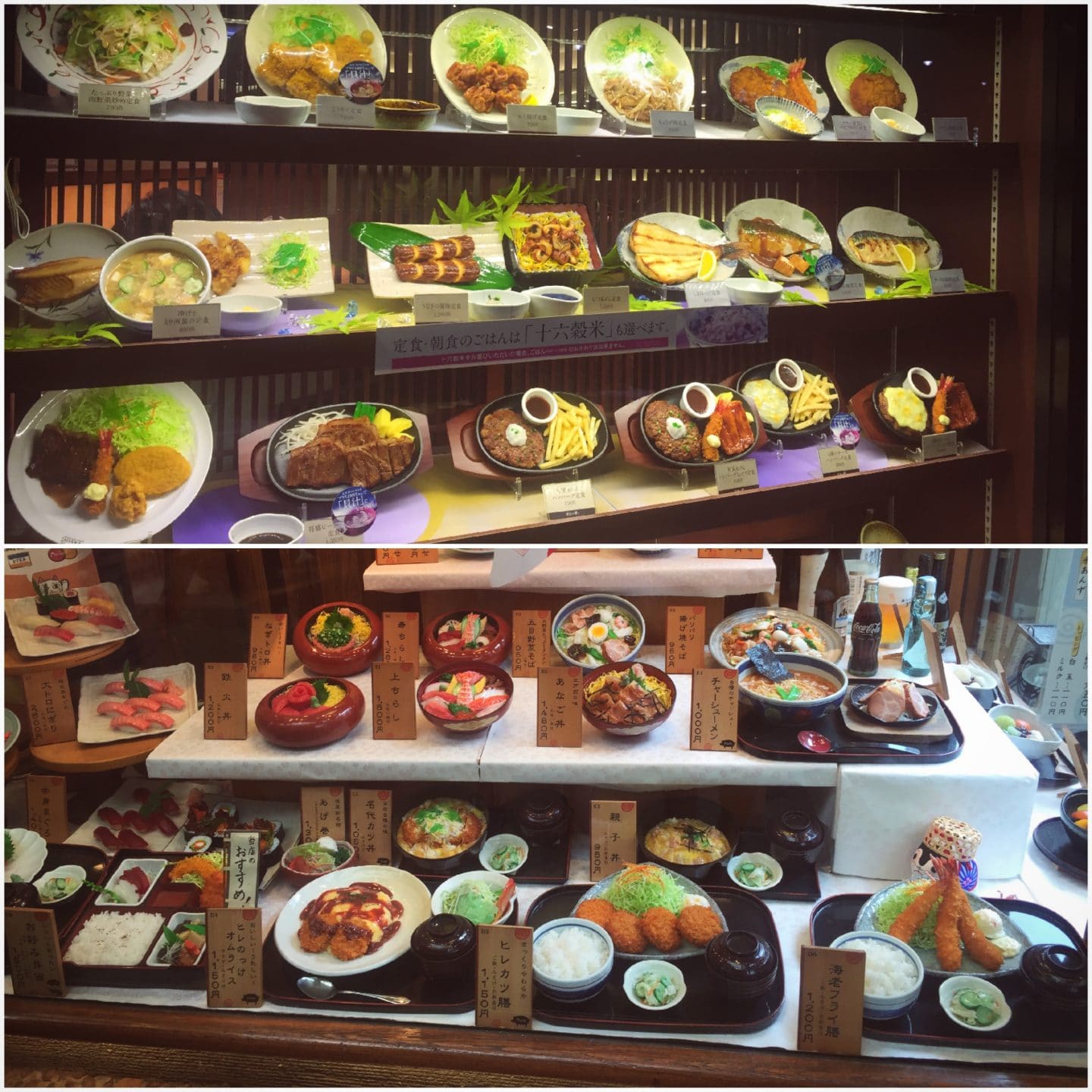 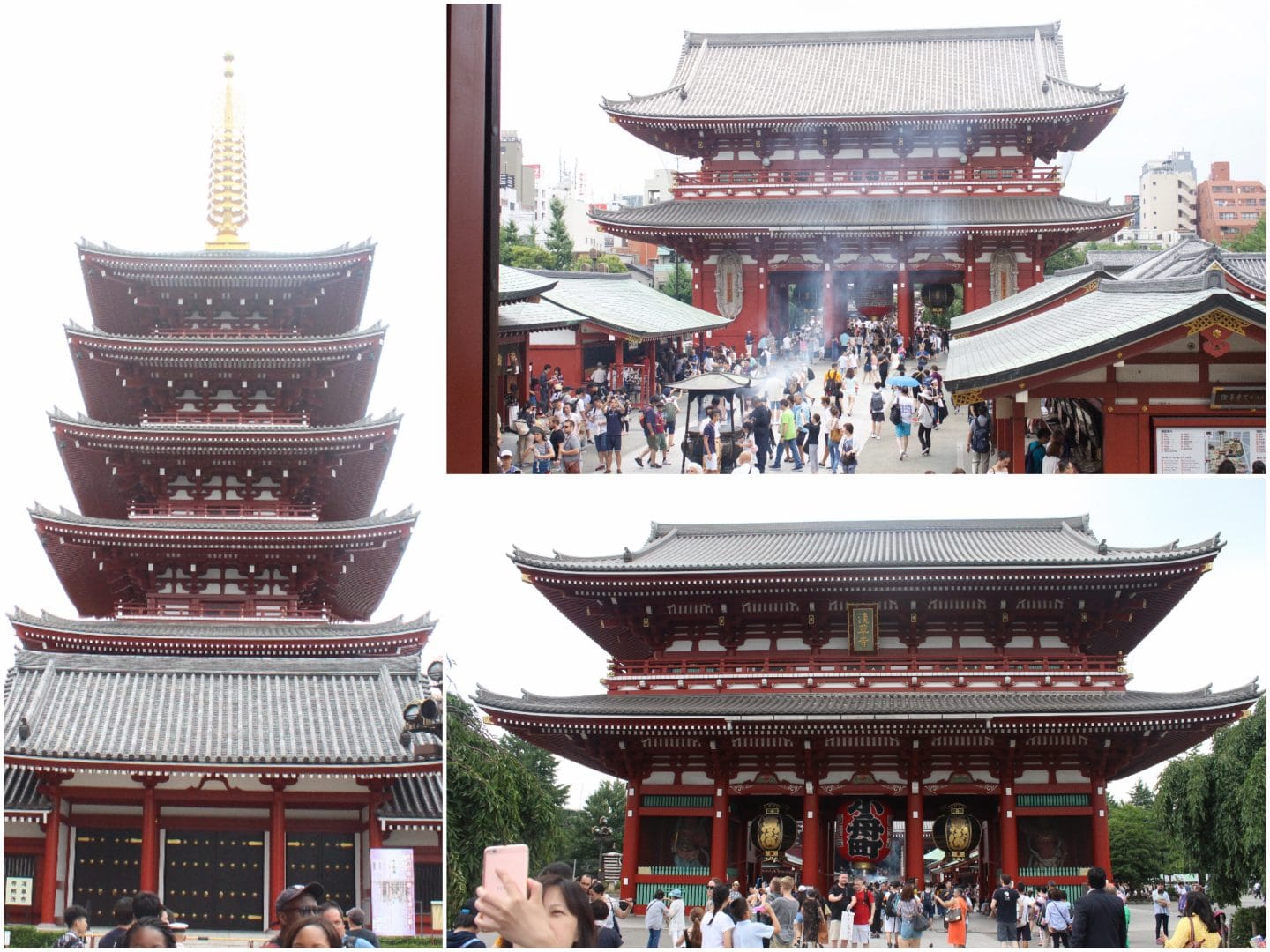 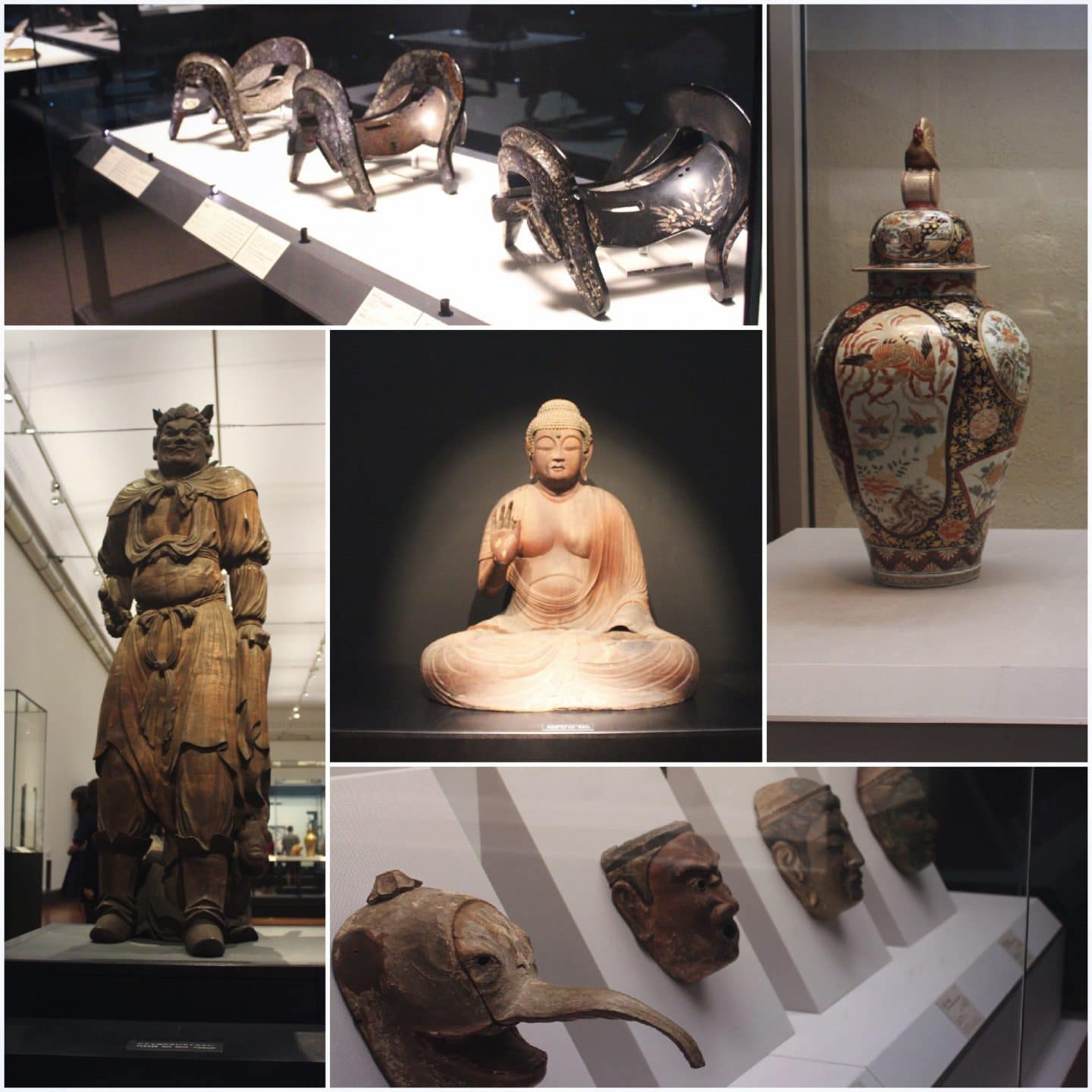 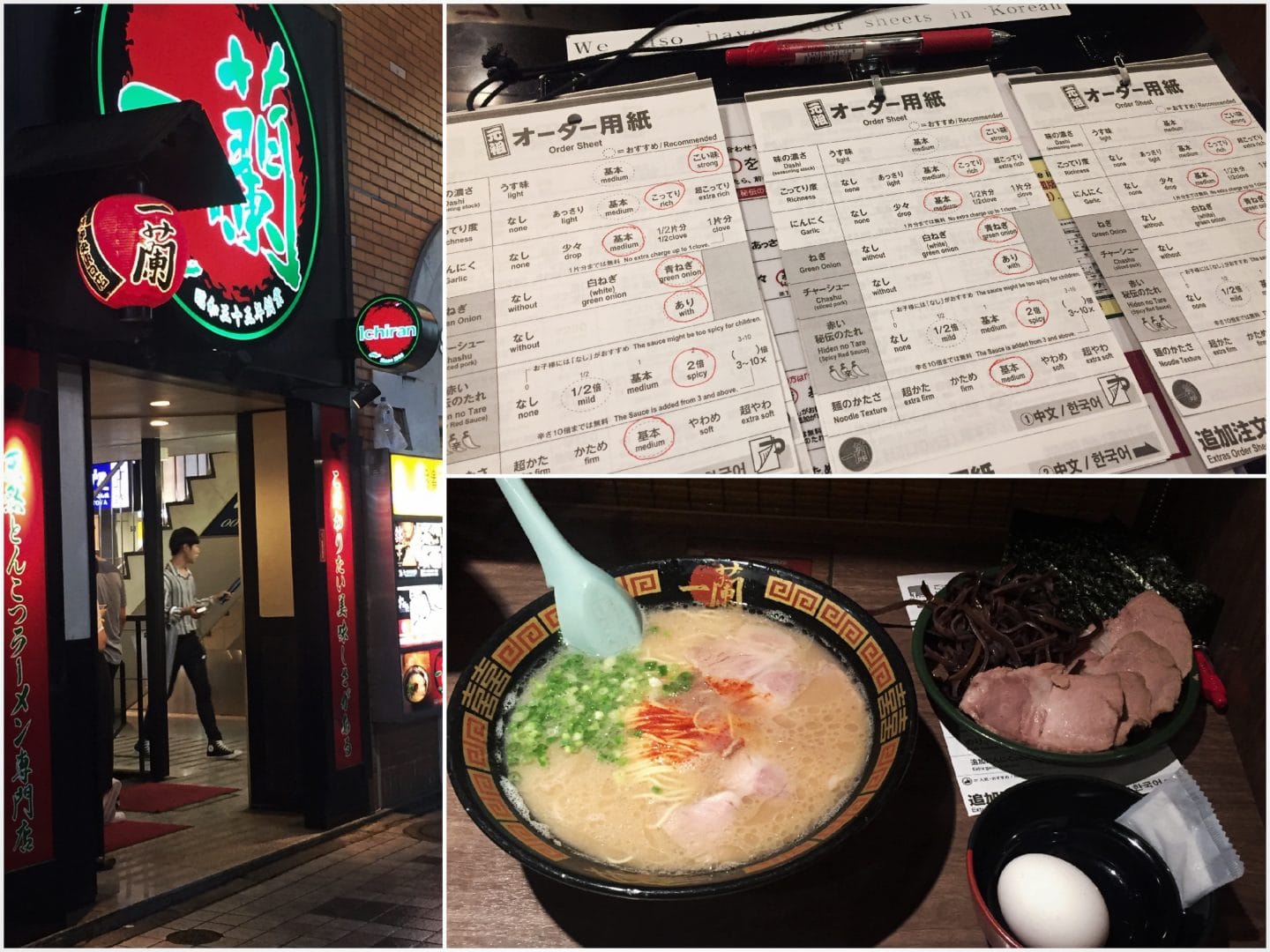 Visiting Disneyland in Paris is one of my favourite childhood memories so I was very excited for this day. I had read a lot of horror stories about how busy the Tokyo Disneyland was but I couldn’t let that stop me. By now, navigating the metro system in Tokyo was quite easy so it wasn’t very difficult to find our way.

It started raining once we arrived at Disneyland but fortunately, we came prepared with ponchos and umbrellas. We purchased our day passes and the obligatory Mickey mouse headbands and set out for a day of adventure. We went to a few rides I had marked on my map beforehand but the wait times were outrageous, up to 2 hours. At this point, I let go of my initial game plan and we decided to just go with the flow. We went on a few rides that didn’t require a long wait. There was the fun and thrilling Splash mountain ride, the exciting and impressive Pirate of the Caribbean ride and my favourite, the mind-blowing rollercoaster Space Mountain Ride, to name a few.  We later had a very unimpressive lunch of mickey mouse shaped hamburger and fries. We also went to the haunted mansion which was about a 6.5 on a scale of 1-10 in scariness.

One of the highlights of the day was the closing light show. The light show started at dusk and was oh so beautiful. The Cinderella castle lit up beautifully, and colourfully lit up floats glided around the park with enchanting Disney music as the backdrop. It was an absolute dream. Overall, I had a great time and would recommend it only if you are a child at heart like me. If we had more time, I would have loved to visit the Disney Sea which I had heard lots of great things about it.  Disneyland was definitely a day well spent. 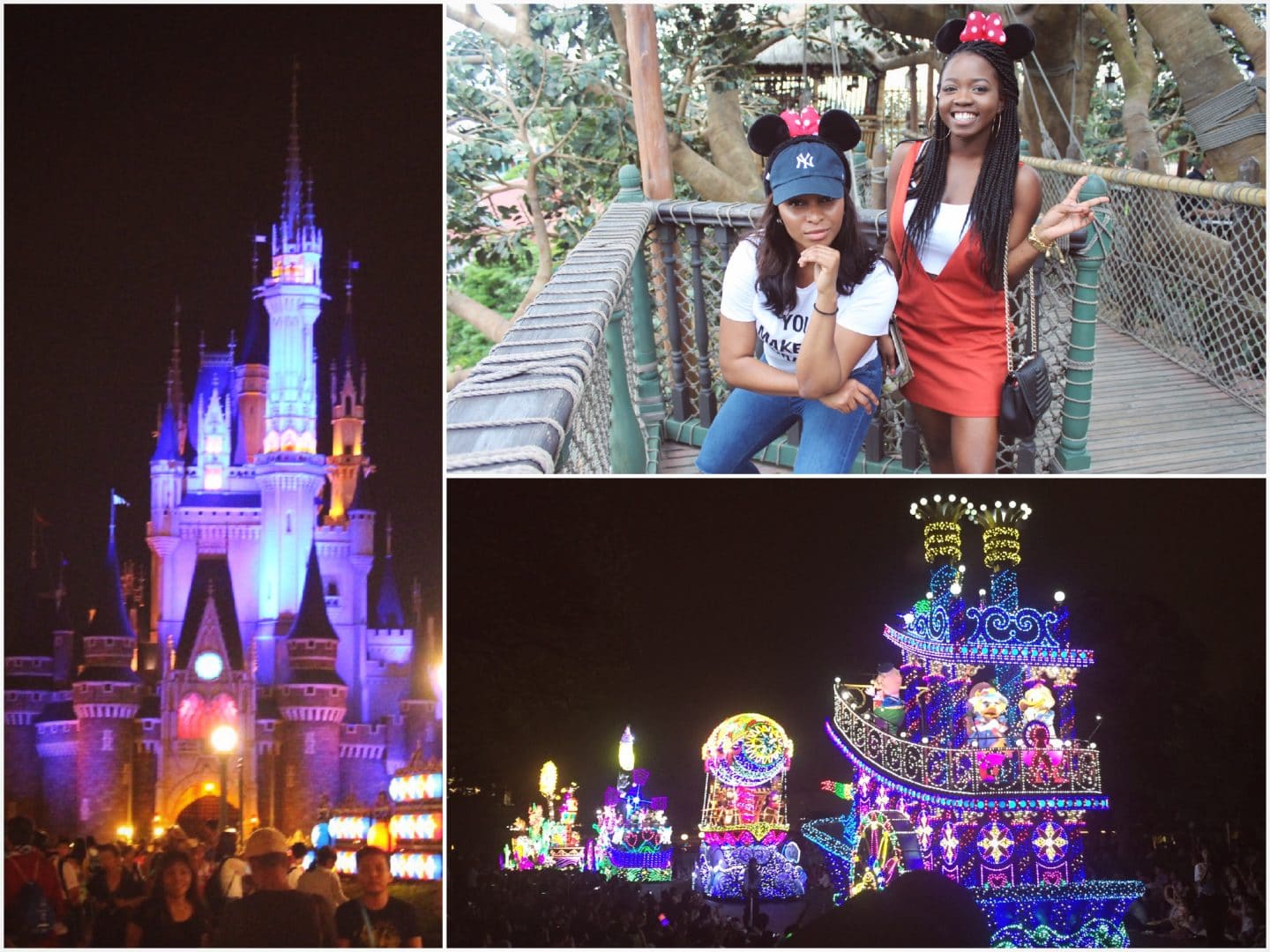 This was our last day in Tokyo as we were headed to Kobe that evening.

We had breakfast at the famous Tsukiji fish market. We weren’t up early enough to see the tuna bids but we had a good time all the same. The Tsukiji market reminded me of Yaba market for my Nigerian people. It was amazing how I felt like I was in Nigeria in the middle of Japan. The world is so huge but yet so small. There were lots and lots of vendors of seafood, snacks, household items in stalls with their merchandise displayed and calling out for passersby to make a purchase. We had an amazing sushi brunch at a recommended sushi restaurant in the market. My friend finally had sushi for the first time. The sushi was great as expected, you could taste the authenticity.

Our last stop in Tokyo was Shibuya which is a popular shopping district. There we saw the busiest intersection in the world, the Shibuya Crossing. Quick tip: If you are ever in Tokyo, the best place to view the crossing is from the 2nd floor of Starbucks. There were about four wide zebra crossings in one intersection. Once the pedestrian signs turn green, it’s a multitude of people crossing in different directions all at once; talk about organized chaos. We also went shopping in Shibuya and had an awesome lunch at TGIFriday’s.

It was getting late so we hurried back to the Shinjuku station to pick up our luggage and started our journey to Kobe on the Shinkansen (bullet train).

INSPO OF THE DAY: “Every good and perfect gift is from above, coming down from the Father of the heavenly lights, who does not change like shifting shadows.” – James 1:17

Continued in One week in Japan- Wedding Bells & Kobe Beef